The Internet of a kind of Future

I’ve been poking at a story for a while, of a nation rising out of the post-post-apocalyptic world. This project started entirely with one idea: Delivering the internet on the back of a motorcycle. 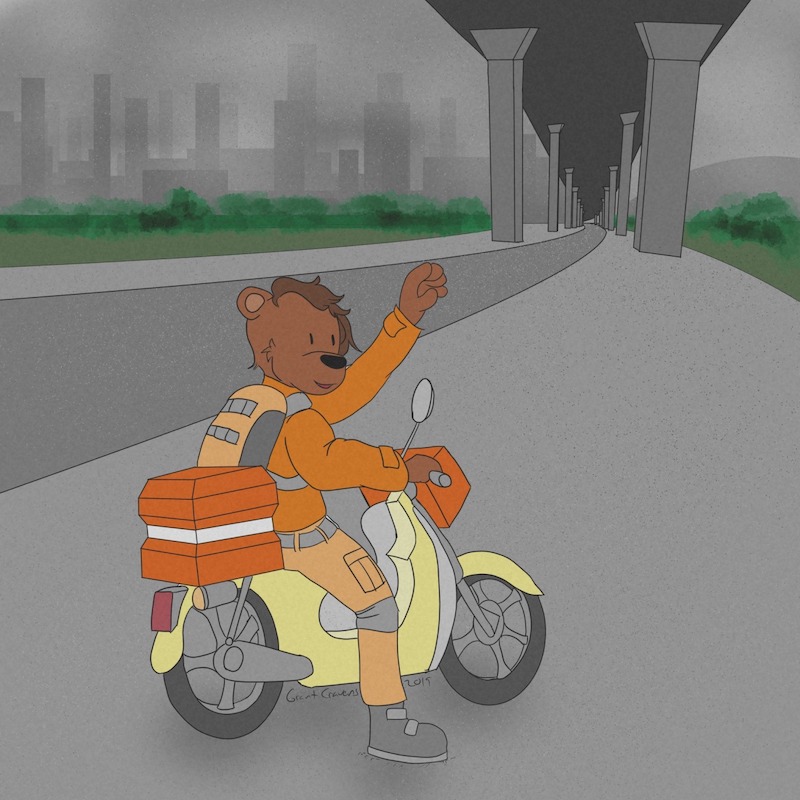 Before the world fell apart, we had the Internet. The whole world was connected, and it was one of the first comforts of life to go when the war started. Most of that infrastructure was lost.

The towns you will be traveling to still have the Internet, it’s just a little slower. You will carry the Internet to them on your modified EV-Cub. Your range on one charge is about 80 kilometers, so plan your load accordingly and make sure you carry a spare battery.

Rain, sleet, or snow, you will deliver the Internet on schedule.

In a world where a lot of infrastructure was damaged, and in a world that relied on the internet for everything, there would be a need. Net Techs like Addison up there would be traveling to remote communities to nodes, dumping the internet, and picking up what’s new, and heading home. 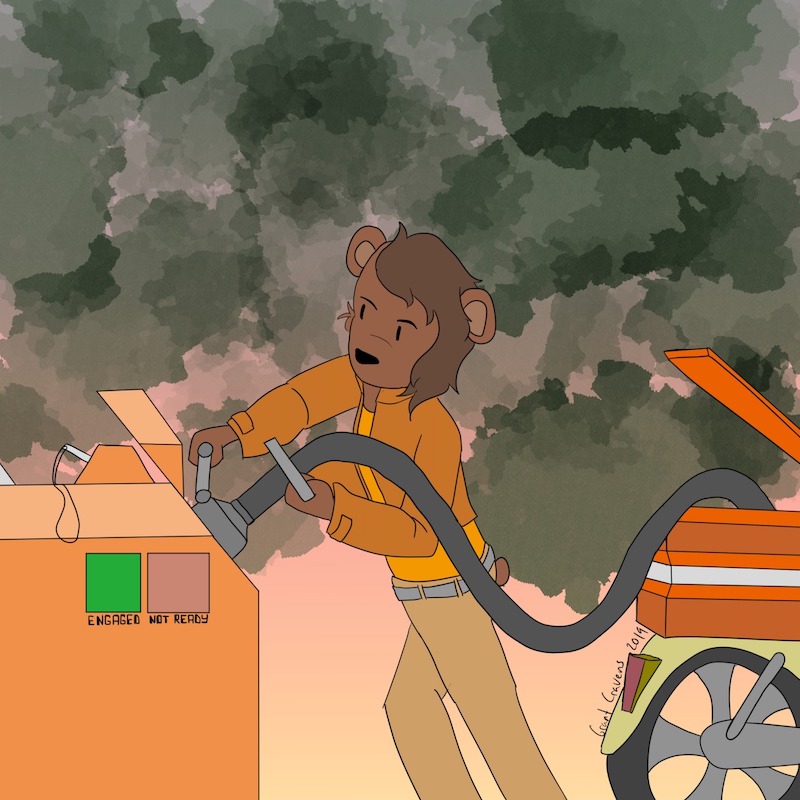 How to deliver your payload:

1. Insert your credentials into the ID port

2. Connect the transfer cable to the node

4. Get comfortable, this will take some time

It's a fun idea to play with. With a Net Tech going on and out every day, the network is slow, but if you're sending an email and can wait a few days, or requesting a movie or book, or getting news updates, it works perfectly well.

The job of Net Tech is a fleeting position. It's one that will eventually be phased out as the infrastructure improves, and the internet is finally fully connected to these communities.

Delay-Tolerant Networking is a thing with actual protocols and research behind them.